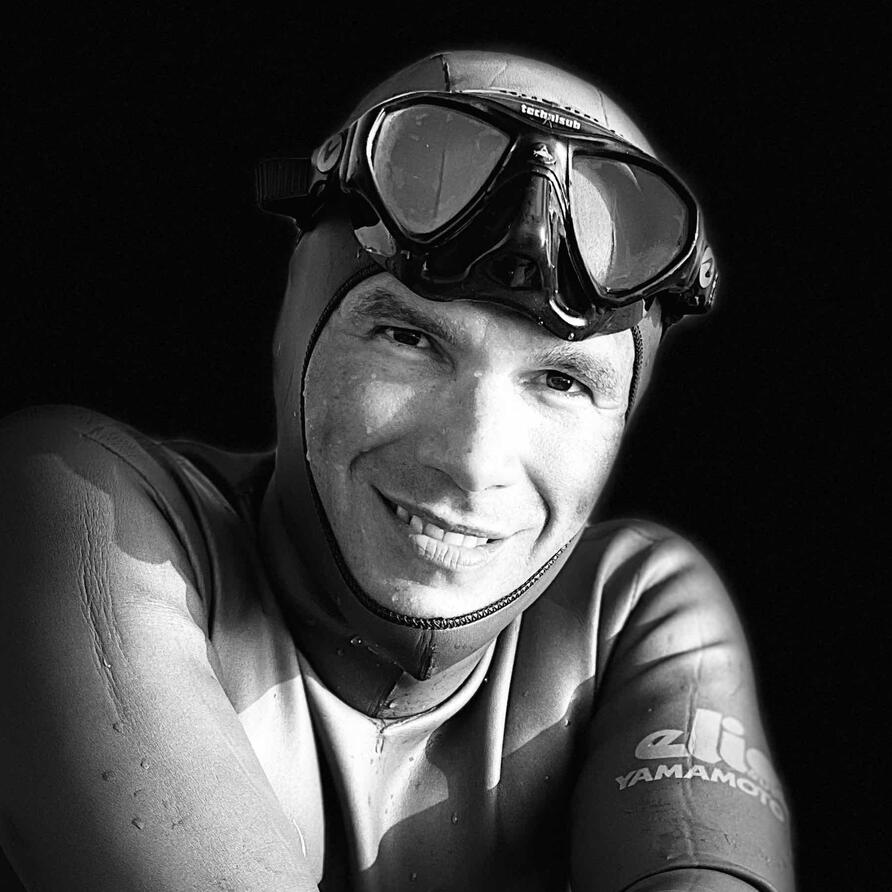 Latest events and trainings with Carlos and his team, signup to get notified in advance!

Join Carlos and Petra on exclusive Freediving adventures around the world. 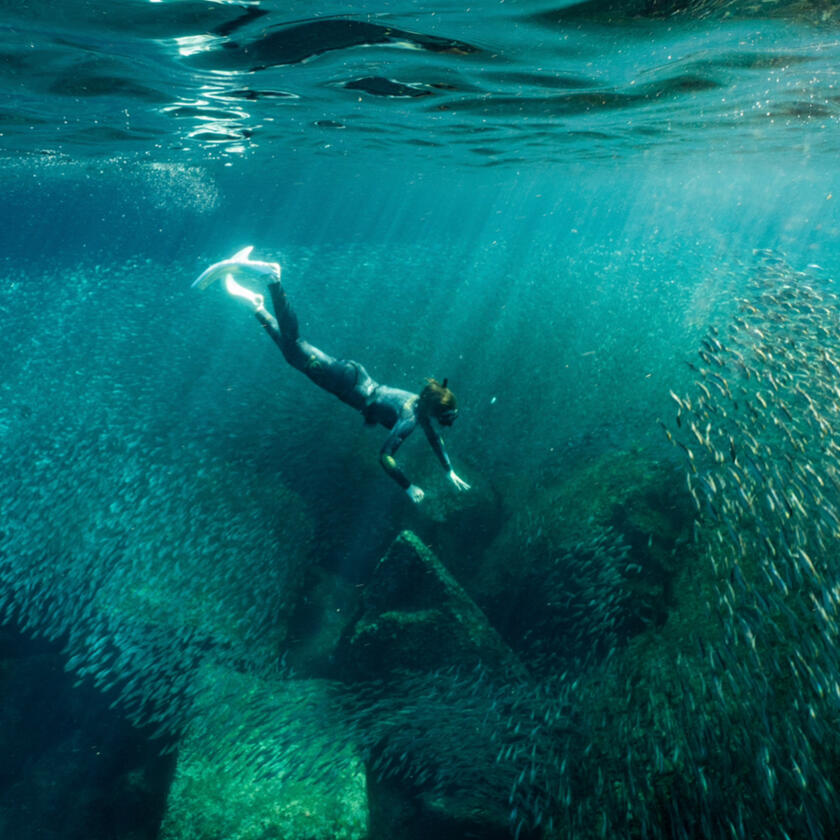 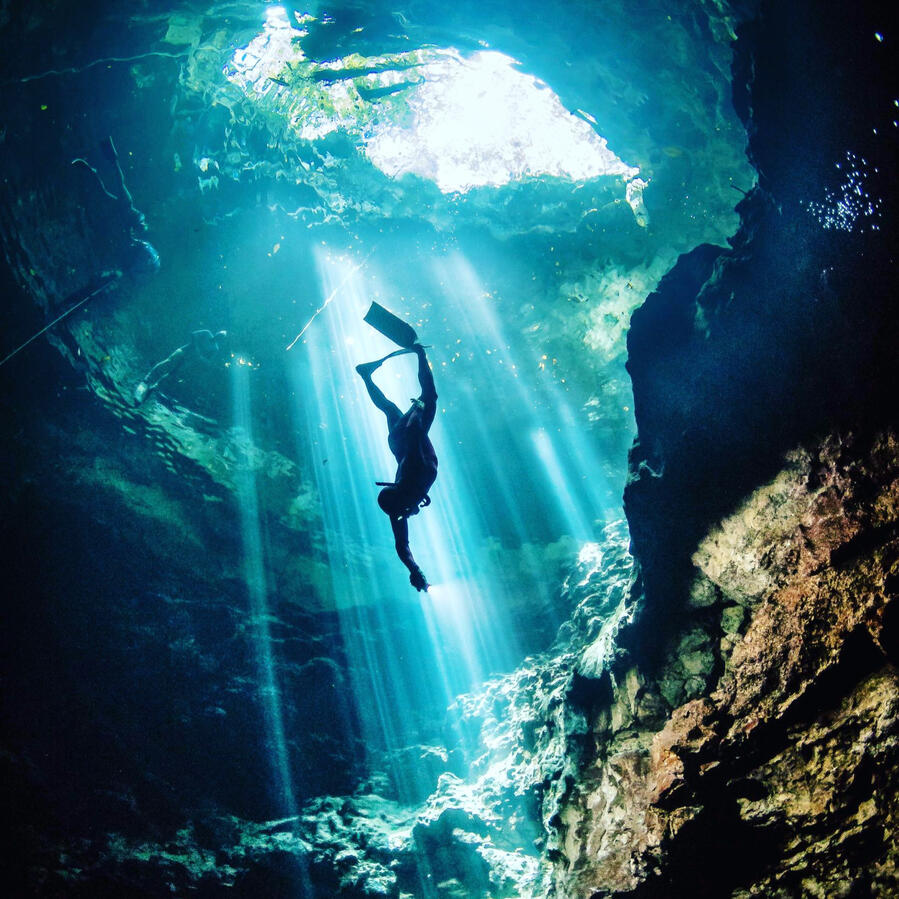 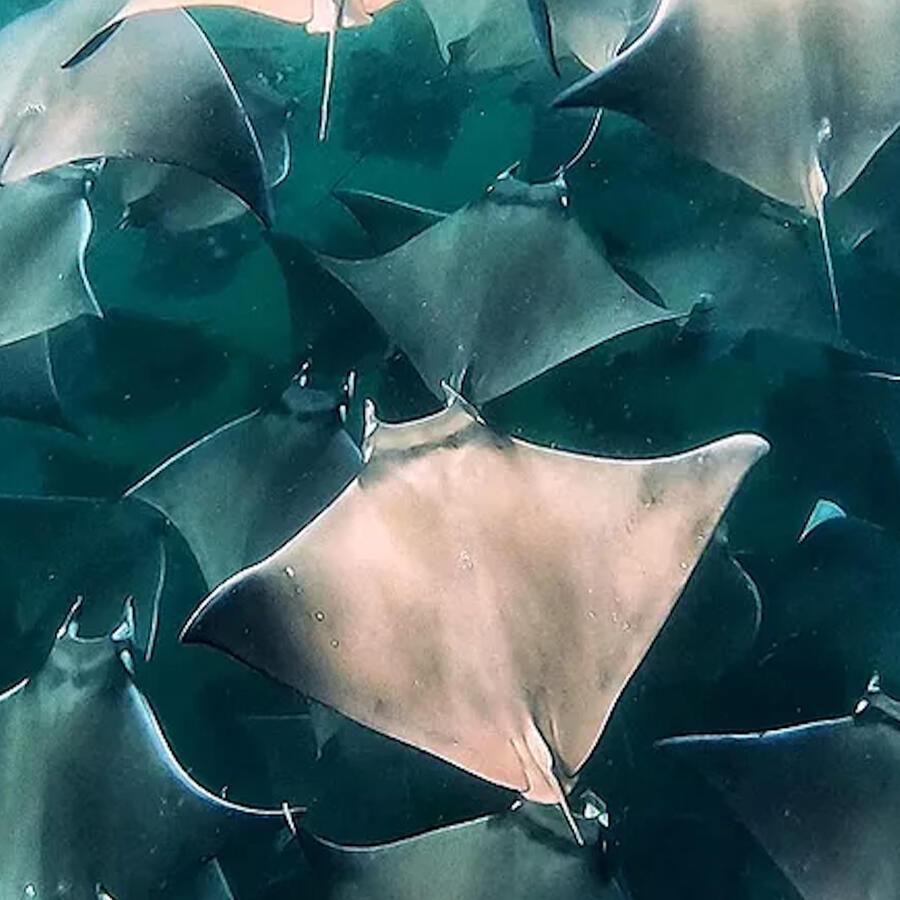 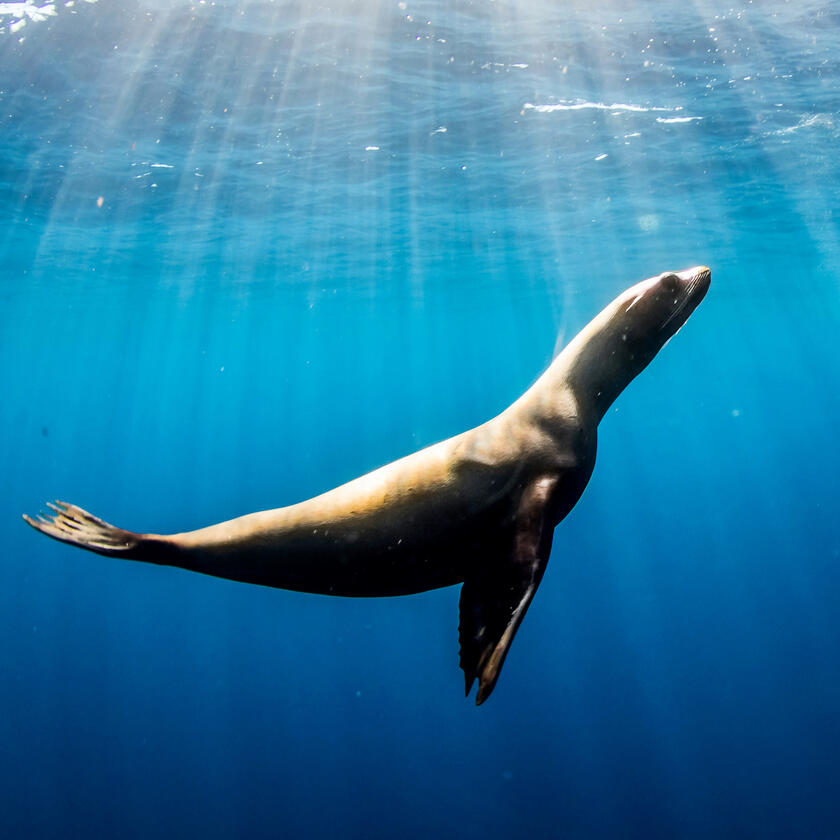 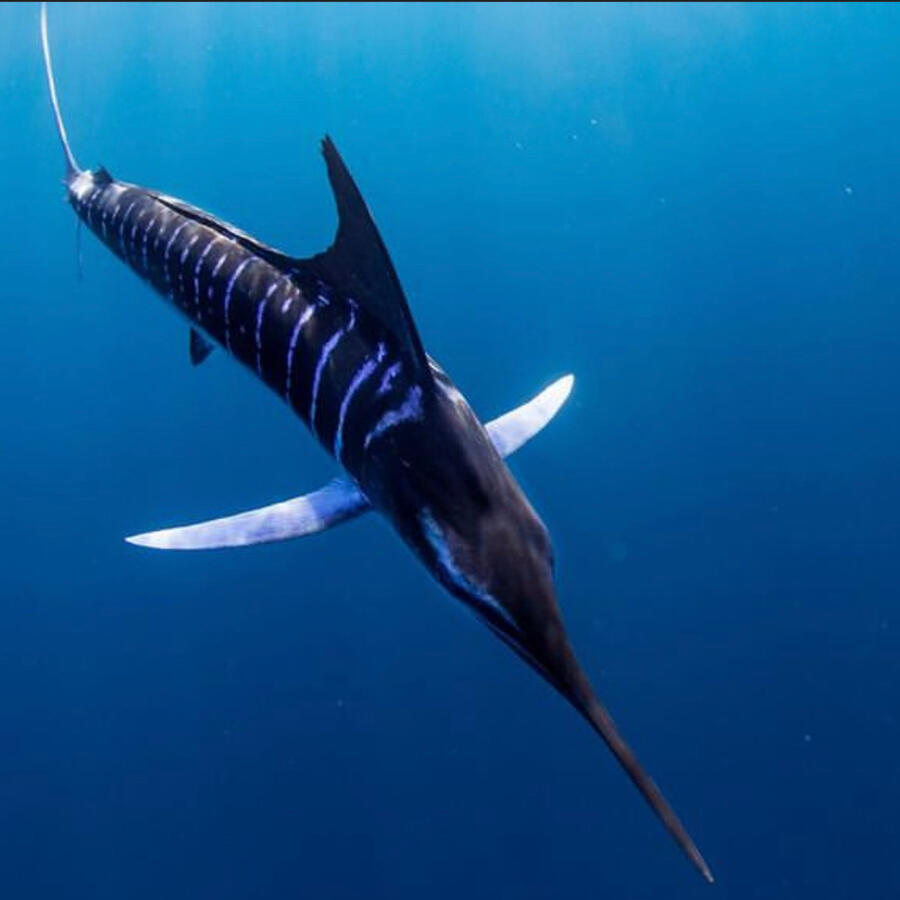 Carlos is a passionate teacher with excellent communication skills who goes out of his way to help his students reach new boundaries.Carlos and his team offer all level courses & training options in Blue Classroom, his top-tier, fun training center located in Bonaire, Dutch Caribbean.Carlos' experience competing to break the 100m barrier in CWT and FIM disciplines made him an expert in equalization & visualization techniques to control both mind and body during deep dives.Carlos has a wealth of experience in competition and remarkable teaching skills. In over 16 years of teaching, he has fine-tuned his teaching methods to guide his students to reach new levels physically and mentally.
Carlos and his team offer in-person and online coaching programs for intermediate, master, and professional freedivers.

Carlos Coste was born in Caracas, Venezuela on February 2, 1976, the oldest of three children.“My name is Carlos Augusto, but they called me Carlos Angustia (Anguish) because of the headache I caused my family. I was a mischievous, restless and curious child and certainly kept everyone on their toes.“As a child, Carlos often spent weekends and holidays in the countryside or by the sea. Places like Rio Chico, Altagracia de Orituco, Carmen de Uria, and Cerro El Avila were his playground."My memories of these places are vague, but heartwarmingly positive and joyful."Even as a child, he was always attracted to nature and open spaces and his parents (Nora and Carlos Eduardo) were never controlling and allowed him the freedom to explore and experiment with everything that interested him.One thing that fascinated him, in particular, was reading his old man's books, of which he had many interesting ones."I remember one with 3-D maps of the Venezuelan coast and sea that showed me to appreciate its different depths at an early age. I also loved a book on volcanoes! Any of those Discovery Channel-type nature books or Jacques Cousteau documentaries caught my attention and are part of what kept my mind restless."As he grew up, his curiosity grew and he spent a lot of time exploring different hobbies such as astronomy, climbing, rugby and judo. Eventually, these activities all led him to finally discover freediving."I think that all that curiosity and restlessness that I felt in my childhood and adolescence are what led me to look for and eventually find my true passion. I think the same thing happens to a lot of people: they begin a career only to realize that it is not their true passion. But if you allow yourself to search and play around with some other activities, you may find what you are really destined for, where your talent lies. I was lucky to find it!

Legendary world-class freediver and multiple world record-holder. Carlos discovered apnea diving in 1997.His first years learning freediving were in Venezuela, where he started a very intense and passionate exploration of his potential in breath-hold diving.It was a very self-taught start in Venezuela (1996-1999), as the knowledge about freediving was extremely limited. But his curiosity and passion push him to discover techniques and experiment with them, to be able to reach 60m depths in less than three years without any international learning experience.Carlos started in the University Underwater Activities Club (CASA-UCV, Caracas), where he learned the fundamentals and became part of a community of spearfishermen and sport divers. Coste started training in parallel Spearfishing &amp; Freediving every week.

In 2000 Carlos participated in his 1st International Freediving Competition (Niza Freediving TEAM World Cup), where the Venezuelan TEAM won the Bronze medal between 29 countries. It meant a big push to Carlos´s motivation and clearly to the whole team.From this point Carlos's career kicked off, he became a pioneer, the first freediver to pass the 100m barrier in non-assisted disciplines (CWT and FIM). The challenge is on, pushing limits beyond standards, breaking records in Altitude and Caves.

During a -182m depth training dive in September 2006 in the No Limits discipline, Carlos had a serious accident (air embolism in the cerebellum). He completed the 182m dive training to break the NLT WR at that moment (183m), reach the surface, surface protocol OK, but started to feel strong symptoms.Carlos received intense recovery treatment, including Hyperbaric Medicine and physiotherapy/training for months to allow him to get back into the competitive and WR arena.His recovery was not an individual work, it was a TEAM effort that included doctors, family, sponsors, and friends during those difficult times.In 2007 Carlos restarted his competitive career, having new WR and adventures.

Since 2014 is living in Bonaire, Dutch Caribbean where he co-founded a successful school (Deepsea Bonaire).In 2021, he is leaving that school to create a brand new Freediving Center with operations in Bonaire and Mexico.

Over the course of Carlos' twenty-year career, he pushed the boundaries of Freediving while amassing Guinness Accolades, documentary fame and Sporting World Records. 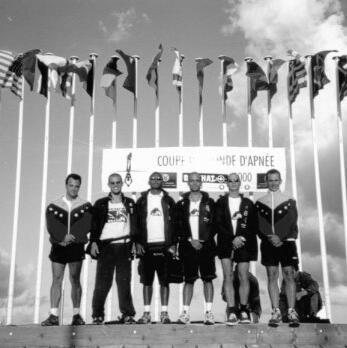 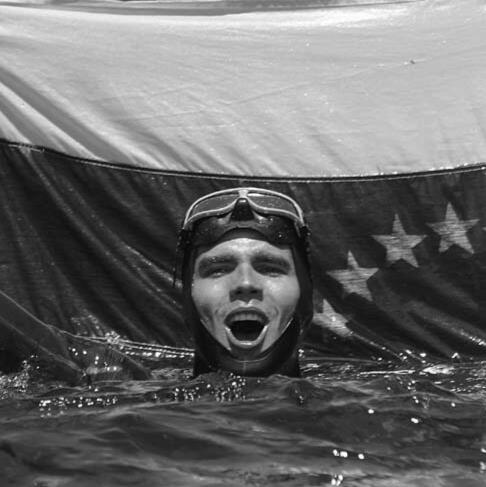 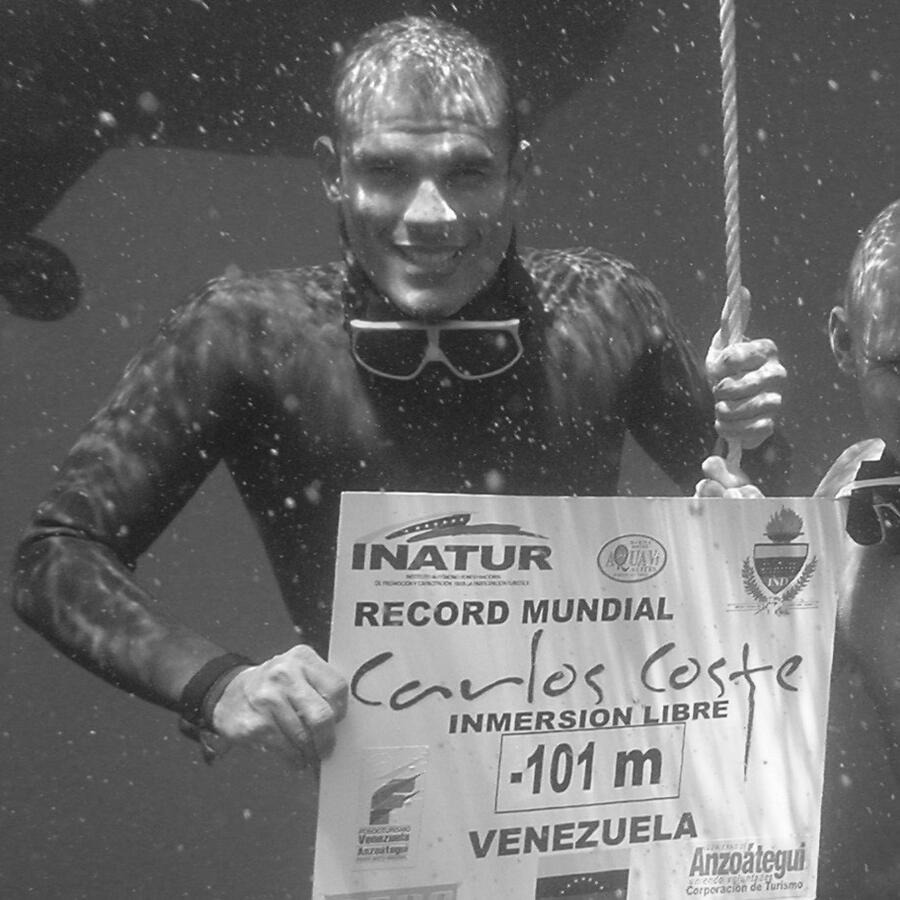 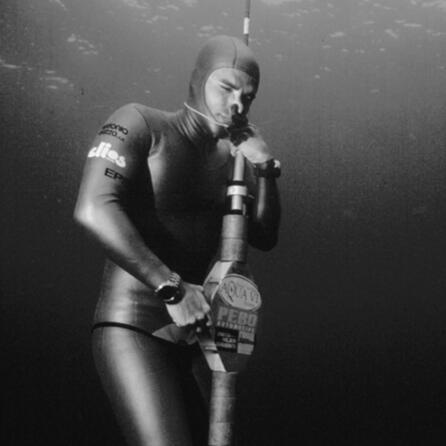 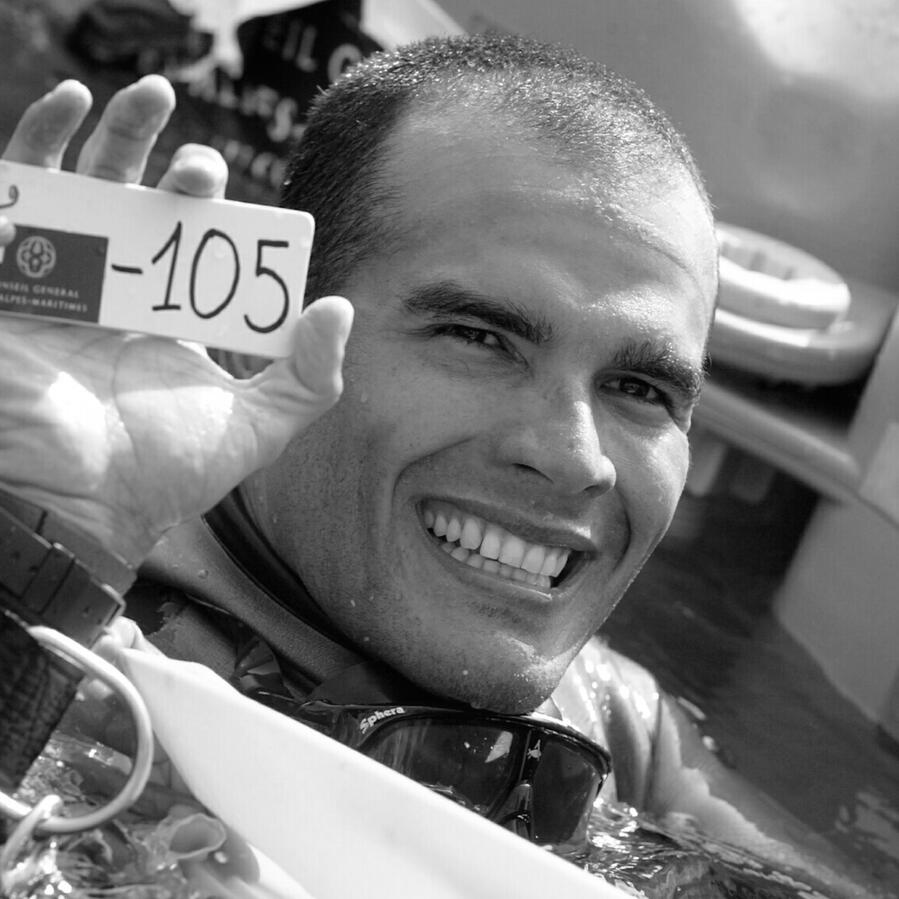 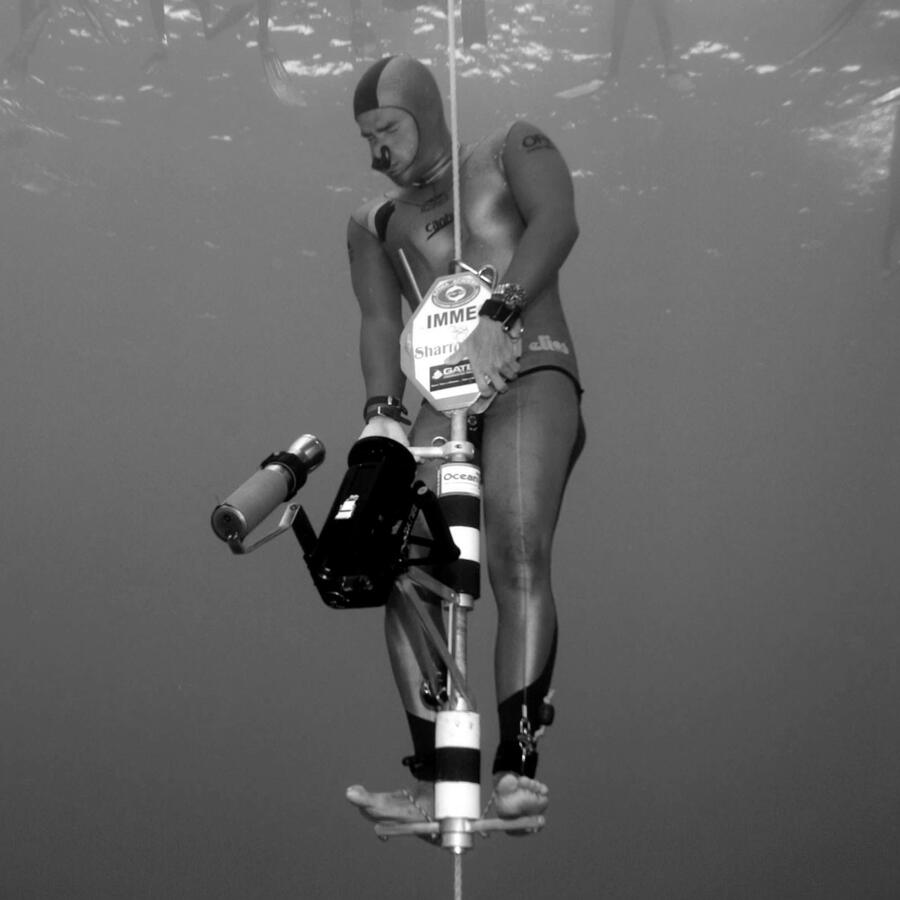 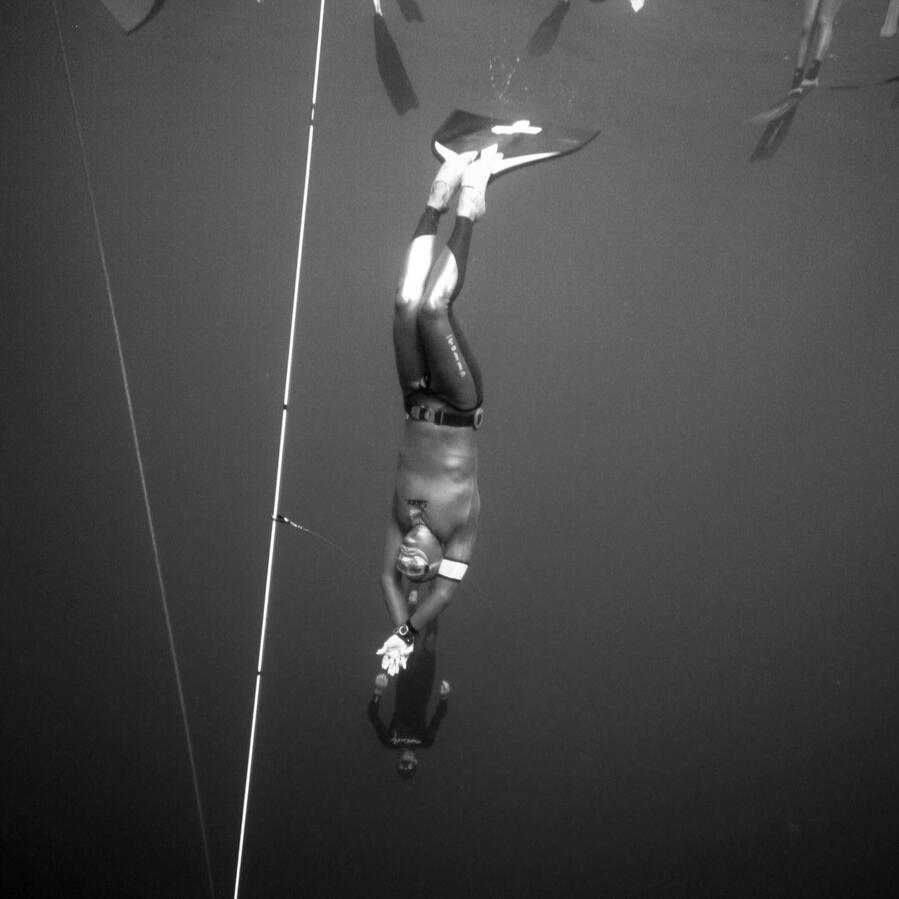 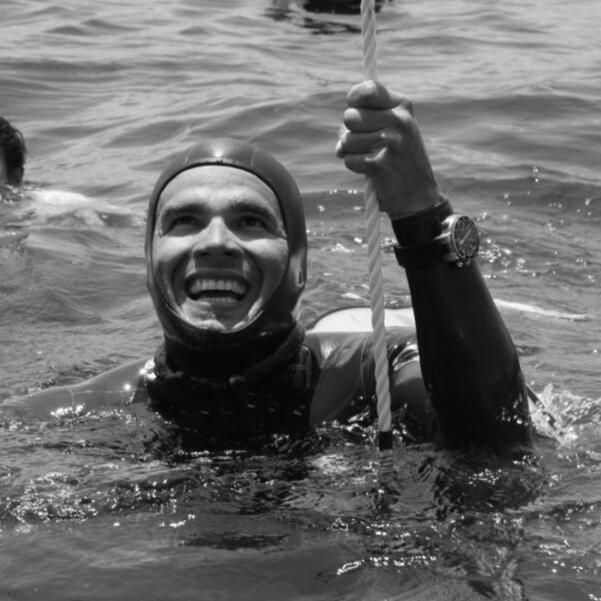 2008
ONE MORE FOR THE REPERTOIRE 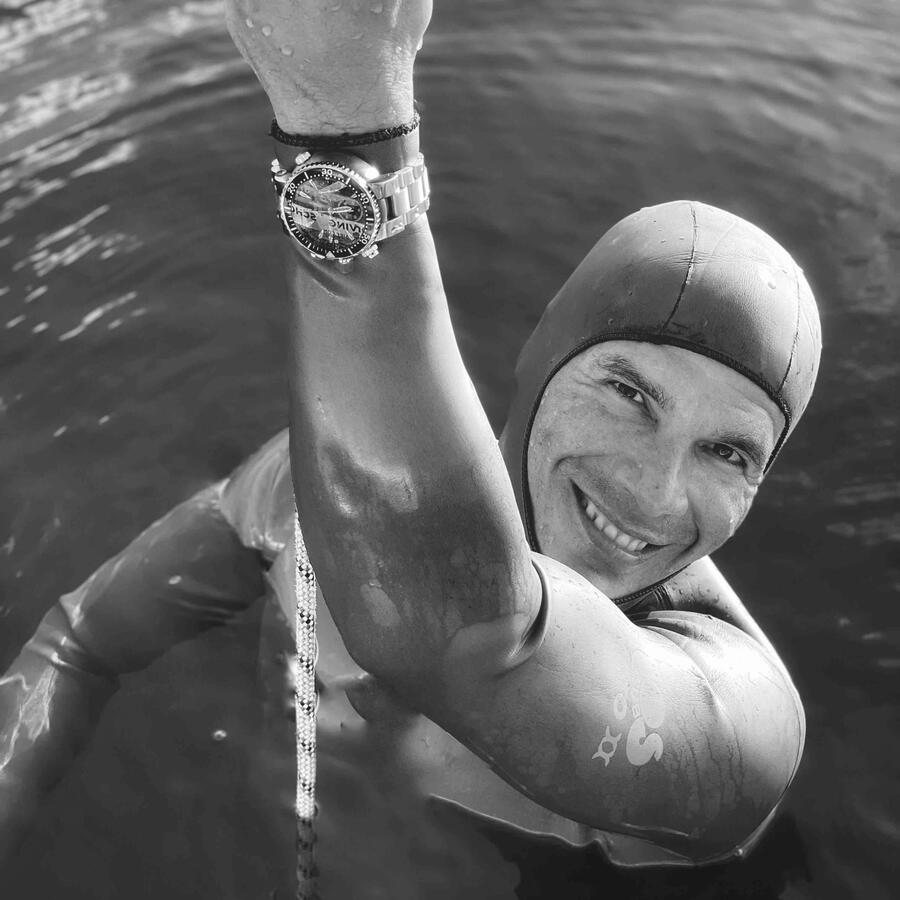 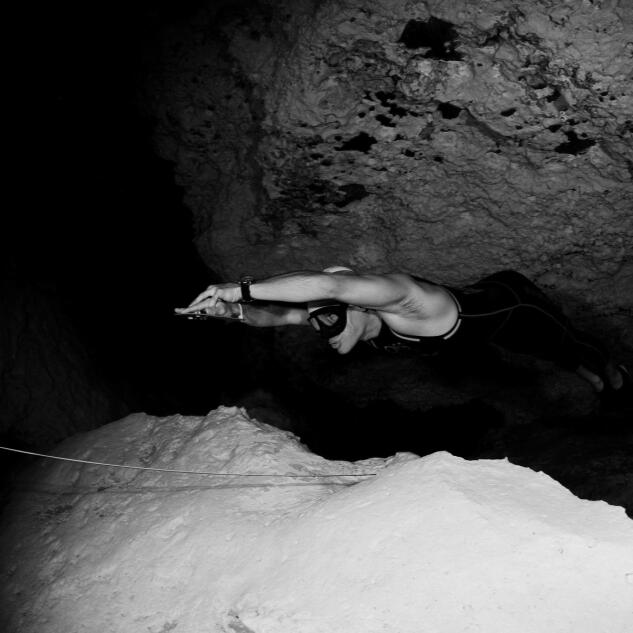 2011
ONE MORE FOR THE REPERTOIRE 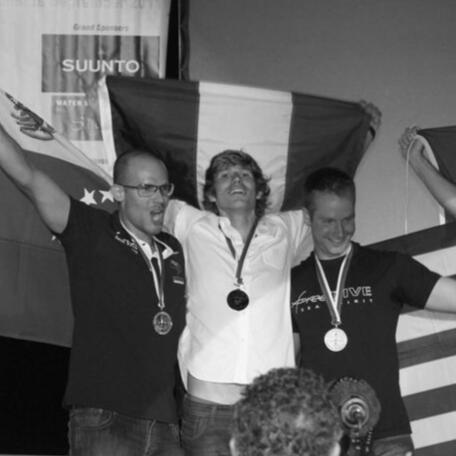 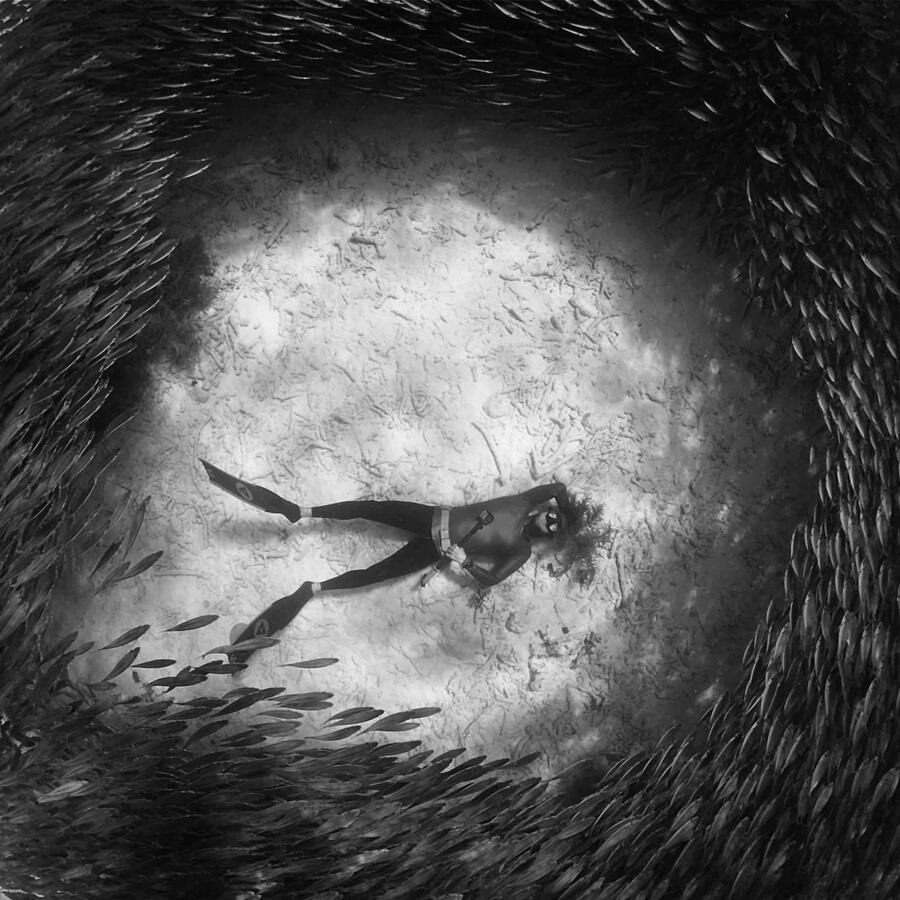 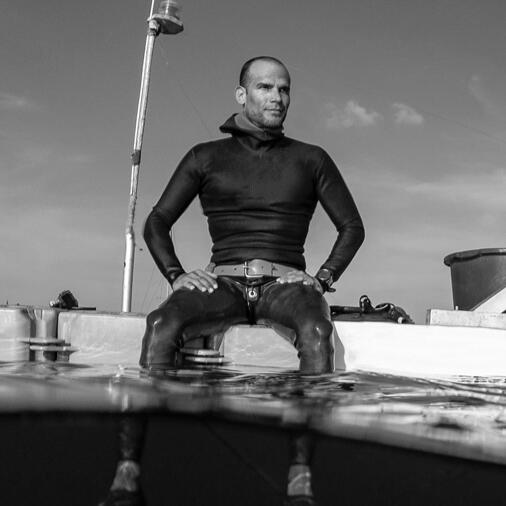 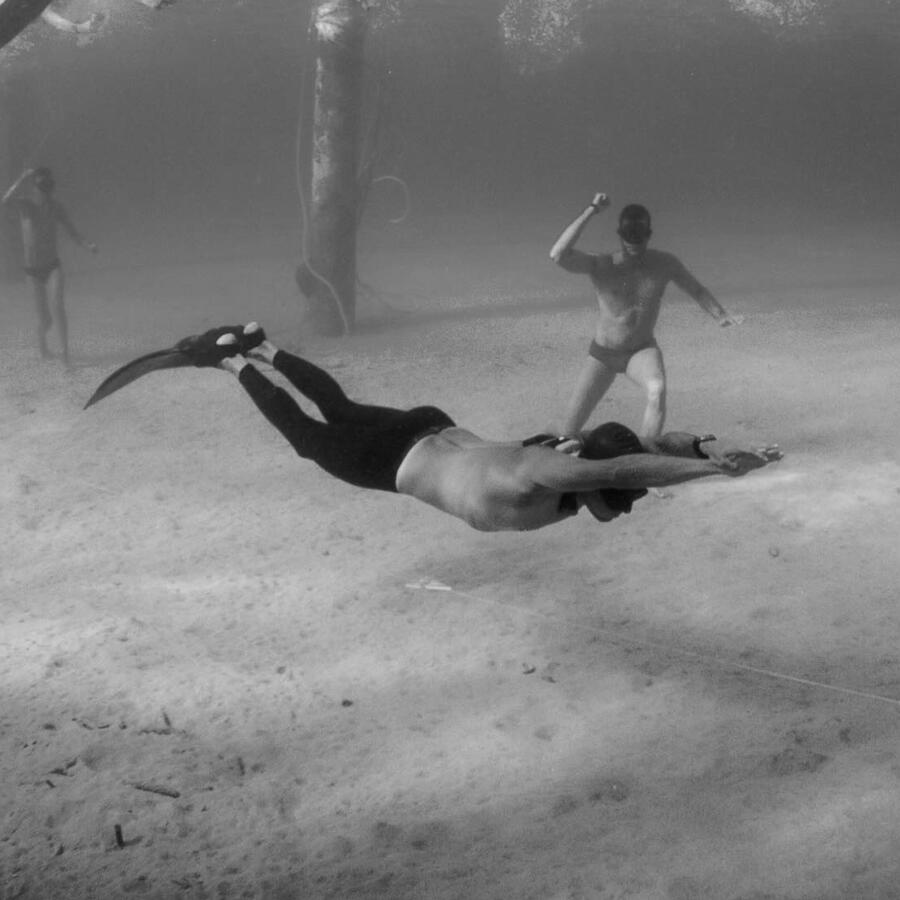